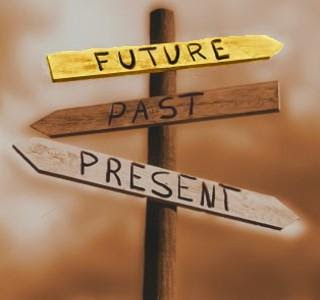 A Flashback is a methatechnique widely used both in larps and larp workshops. I do not claim ownership over it, but since I was unable to find a full description I have decided to write my own.


Flashbacks had mainly an "oral transmission" and include many variants. Also, the one here described has been adapted for my own use. Therefore this article will not match all existing uses for this technique.

A flashback is a co-creative methatechnique in which participants move between different moment of their characters' relation with the help of a director.
Words or gestures are used for cut, action and end.


Participants divide in groups of 3 or more, with one of them taking the role of director (quite often the larp organizer)
Those taking part in the flashback sit or stand facing each other.
Previous to the start, participants and director can make short request or suggestions about the scenes that will take place.
At the beginning of each scene within the flashback the director describes situation, location, etc.
E.g: You are in a crowded and noisy club, you have just met each other. Action.

The conversation between participants carries on. As soon as the director feels something could create a bond, drama, etc the director jumps to that moment in time. It can take place before or after the previous scene.
E.G1: Participant2: Don't do I know you from somewhere?
Participant1: Yes, your face sounds familiar.
Director: You are back 10 years in time, when you have just moved to a new neighborhood and...

EG2:
Participant2: Mate, I am a little late with my rent, could you lend me some money?
Participant 1: Sure
Director: 6 months from now, you have lend him money already three times and non of it was given back.


Participants and director keep moving back and forth in time.


When the director feels that that no more can be taken out of a flashback the director makes a "the end" cut.


Flashbacks have to be fluid and depend on the co-creation between participants, therefore the director should avoid the excessive use of power.

Flashbacks need to be fast, active and full of emotions. They should not be long. Better to cut too early than too late.

It is advisable that all directors use the same keywords in a larp to avoid confusion.

A great way to finish a flashback is with a cliffhanger, before an important decision, to let the participants discuss its result afterwards.

Flashbacks almost do not finish as they were intended, and participants can feel unhappy with its result, therefore it is advisable to allow Flashbacks to be contradictory. This way participants can fix unsatisfactory endings that may arisen (this should be a last resort, not a common action)

Flashbacks can be quite interesting to see, also they can provide excellent ideas to other participants, and the diffusion of its conclusions can be a great boost for a larp. I recommend to allow a certain level of meta, with participants deciding if their characters were present or heard of the situations that took place.

Posted by José Castillo Meseguer at 08:29

Email ThisBlogThis!Share to TwitterShare to FacebookShare to Pinterest
Labels: EN

José Castillo Meseguer
International larp organizer. Both as a member of Somnia and by himself. Co-founder of the Spanish larp conference Entrerevs and founder of Larp Spain, a group for the diffusion of Spanish larps. http://nordiclarp.org/wiki/Jose_Castillo_Meseguer